If you have worked on CRM User Adoption projects, I bet at some point in your career you have encountered this problem: after spending a lot of time and money to buy, customize and deploy a CRM system, only to face low user adoption or outright user resistance. At least, that was the situation we faced in one Fortune 100 organization.

So, we asked ourselves, “How do we turn it around”? Here’s how.

From CRM Failure to CRM Success

When I first started on the project, the client had deployed an on-premise CRM system about two years before. They had skimped on their strategy, requirements, processes, and user adoption effort; and surprise, surprise, no one was using it, meaning they weren’t getting any value from it.

Our first step was to quickly assess the situation and develop a strategy to ensure that CRM system would be adopted and deliver measure actual ROI to the organization. In this particular case, drastic action was needed. Temporarily, we suspended the system so that we can overcome the first hurdle: fixing the alignment between the technology and business processes.

We could then re-launch the system and turned our attention to an even bigger hurdle: overcoming skepticism and rapidly driving effective user adoption of the new (re-launched) CRM system. This time, we had a plan in place.

Our user adoption strategy included several components. One of the most effective techniques we used to quickly get people to use the system was to conduct weekly system use review meetings with each department. We used a designated facilitator and engaged in two-way, interactive communication with the users.

User Adoption took-off faster than we had expected!

The results were better than we could have possibly imagined!

How we did it

Here are 10 steps we used to rapidly accelerate user adoption:

Our first step was to engage the front line managers to clarify their role and accountability for effective CRM adoption within their teams. Together, we agreed on the extent of their responsibility and authority, and then we agreed on the actions they would take before and after go-live.

Prior to go-live (re-launch), we announced to the user community that we would hold a series of system use reviews. The reviews were face-to-face department meetings, lasting about an hour. We initially scheduled the meetings to be held weekly and planned to slowly phase them out as CRM adoption stabilized.

3. Focus on performance, not complaints or blame

The meetings were carefully structured and led by an outside facilitator to maintain order and make sure the review sessions were effective. One key ground rule was that the goal of each session was to focus on what steps to take to make sure the system was adopted and delivering measurable business value.
Sure, initially there were a few complaints and a bit of venting. Interestingly enough, this quickly tapered off, and after just a few review sessions the complaints stopped.

4. Show who did it right

Each session, we started to see week-over-week improvements. We’d project the system on a large screen and show several examples of actual system transactions where everything was done right. We highlighted different system modules, praised those specific individuals who did as they were asked, and gave everyone a clear example of what was expected.

5. Show who did it wrong

Here we carefully walked a fine line. We showed examples of transactions that were not entered correctly, so that everyone knew what NOT to do going forward. The primary focus was on facilitating learning because many times the mistakes that were made were not intentional and were a result of a gap in training, communication or some other way we’d delivered the system.

In limited cases, there were a few examples of ongoing passive resistance on the part of one or two users. These two were highlighted so that other users knew this was not to be repeated. These problem users also received direct counseling by their managers outside of the departmental review sessions.

The review sessions also gave end-users an opportunity to ask questions, share their experiences, and actively engage with managers and IT staff. The questions they asked shed light on areas of ambiguity that we had not previously identified and provided input that we later used to enhance training, communications, FAQs, and end-user support capabilities.

The conversations with users, managers, and IT also surfaced many new and emerging needs. In some cases, we identified requirements for system modification or captured enhancement requests that would further improve the usability of the CRM system. Also, having a critical mass of users in the room enabled us to get input from other users, which helped us identify the potential impact and priority of requested system changes. The emerging needs were then put on the roadmap for future CRM development.

Each meeting concluded with agreeing on and setting specific goals against which users would be measured the following week. These SMART goals (Specific, Measurable, Achievable, Realistic and Time-bound) were documented and emailed out at the end of each meeting. Goals included things like, “create X number of new service requests in the system” or “confirm and update the account and contact information for your top 15 customers”.

Prior to the next review meeting, the CRM system manager generated reports to measure users’ progress against the agreed-upon goals. The reports were reviewed with the managers prior to the team review session. Any specific issues or exceptions were noted and the subsequent review meeting agenda was modified as necessary to make sure all issues were addressed.

The CRM adoption review meetings continued over the first four months following go-live. Initially, there was a lot of discussion in each meeting and several went over the 1-hour scheduled time. Things gradually improved and around the eighth week, we noticed a drop in the number of issues we had to cover such that the meetings typically took about 40 minutes.

By the end of the fourth month, problems – and user complaints – had all but ceased and we no longer needed the regular review meetings. At this point, any specific user issues were addressed on a case-by-case basis. 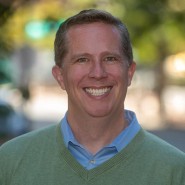 Jason Whitehead, CEO of Tri Tuns, is a passionate thought leader in the field of customer success and software user adoption. Jason's 20+ years' experience leading technology implementation and adoption programs has given him the expertise to help organizations overcome the largest challenge they face - getting people to use technology to deliver results. Jason has a master's degree in information systems from the London School of Economics, a master's degree in organization development & strategic human resource from Johns Hopkins University, and a bachelor's degree in business administration from George Washington University.

Cloud Vendors Beware! You Now Own a Share of Your Customers’ Risk